Brian Brett, former chair of the Writers’ Union of Canada and a journalist for four decades, is best known as a poet, memoir writer, and fictionist.

He is the author of thirteen books including his memoir, Uproar’s Your Only Music, which was a Globe and Mail Book Of The Year selection. Trauma Farm: A Rebel History of Rural Life, won numerous prizes, including the Writers’ Trust annual award for non-fiction. To Your Scattered Bodies Go won the CBC poetry prize in 2011. A collection of poems, The Wind River Variations was released in 2014. And the final book in his trilogy of memoirs, Tuco, was published in 2015 and was awarded the Hubert Evans Non-Fiction Prize.

Brian Brett was the 2016 recipient of the Writers’ Trust Matt Cohen Award for Lifetime Achievement. 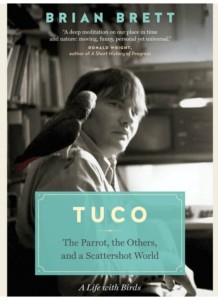