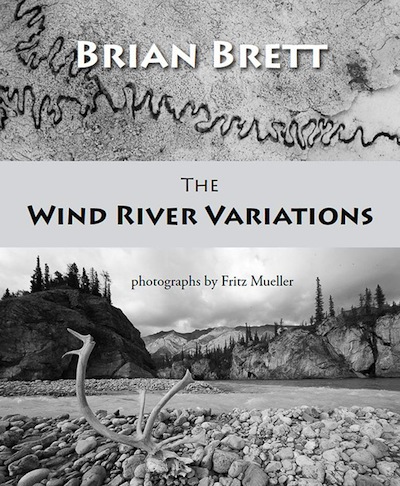 Brian Brett’s latest collection of poems, The Wind River Variations, addresses the intricate weave of relationships that exists between human beings and the natural landscape. In particular, he speaks to the preservation of the Three Rivers watershed (The Wind River, The Snake River and the Bonnet Plume River). In his acknowledgements he writes: “In an odd kind of way, the plundering of the world in the past is understandable, because there wasn’t the knowledge. Now, there are no excuses, and the almost belligerent and certainly arrogant lust of so many individuals to destroy what remains merely to create more wealth for a few has to make us wonder about the mental health of our species, and its eventual survival.”

In these poems, he takes us on an expedition into the Three Rivers watershed with other artists, writers, photographers, painters, naturalists in the hope that what they record will awaken and introduce us to the beauty and importance of this pristine area to the broader culture.

In these sometimes bitter and angry, always insightful poems, Brett speaks to the many environmental concerns, both physical and spiritual, that overshadow the diverse eco-systems that are so vital to our humanity and our survival.